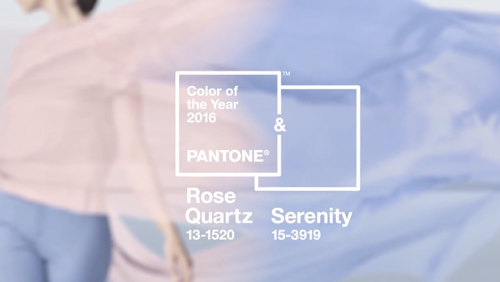 The Pantone color of the year for 2016 is a blend of two refreshing and subtle colors; a huge contrast to last year’s Marsala. This is the first time they used two colors instead of one.

“With the whole greater than its individual parts, joined together Serenity and Rose Quartz demonstrate an inherent balance between a warmer embracing rose tone and the cooler tranquil blue, reflecting connection and wellness as well as a soothing sense of order and peace,” says Leatrice Eiseman, executive director of the Pantone Color Institute. END_OF_DOCUMENT_TOKEN_TO_BE_REPLACED 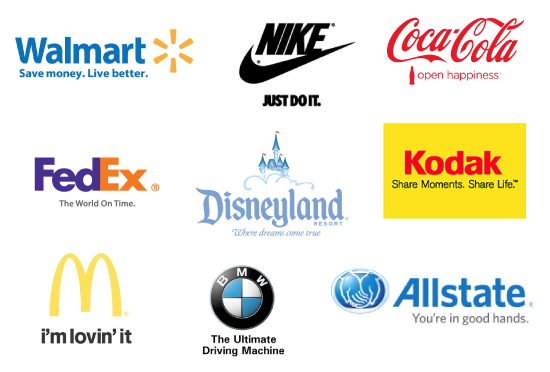 Catchy taglines and slogans are so important to your brand. A tagline has a lot of weight to carry meaning it has to say such much in so little words. Your slogan or tagline has to say what you do, what makes you different and why you are great at it.

The Importance of Catchy Taglines and Slogans

Taglines are important because they are everywhere your logo is including printed promotional products. The right slogan can make anything go from appearing to be mediocre to extraordinary. Second to your logo your tagline is the next most noticeable component of your brand. A great slogan is important because it captures what you want your brand to look like, feel like and be about. The biggest challenge of a memorable slogan is that it has to be short, sweet and simple yet say it all. Successfully catchy taglines are so memorable that I bet if you thought about it you would be surprised at how many you know. Here are some examples from big brands: END_OF_DOCUMENT_TOKEN_TO_BE_REPLACED

Another New Look For Google

You have probably noticed Google’s new logo by now. It may have taken you a little time to get used to the new san serif font. “This isn’t the first time we’ve changed our look and it probably won’t be the last,”  as said in their official blogpost.

Why did they change their logo? The new Google logo reflects changes in everything that they do. It’s not just about searching the Internet in your web browser anymore. The have different platforms, apps, devices and tools. So their new logo has “taken the best of Google (simple, uncluttered, colorful, friendly), and recast it not just for the Google of today, but for the Google of the future.”

END_OF_DOCUMENT_TOKEN_TO_BE_REPLACED

As we enter a new year it’s a good idea to take a quick look at promotional branding trends and predictions.  Google defines the word trend as “a general direction in which something is developing or changing.” These trends can influence the way we choose to brand our businesses in 2015. 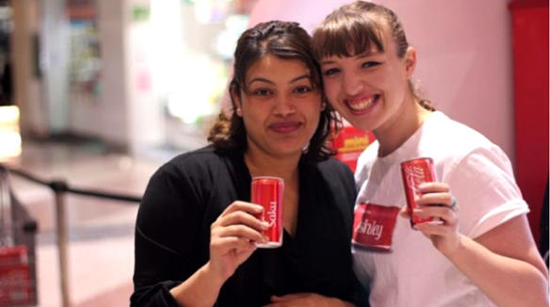 Personalized Promotions are In

Personalized promotions are the way to go. Today’s consumer is looking for personal attention and customized experiences. Making that connection with your customers is a definite way to build brand recognition. The Coca-Cola Share a Coke campaign is a great example. They took 250 popular names and words such as family, mom and dad then printed them on Coke cans and bottles so that people could search for their name or their friend’s name in the cooler. Also, we can look back at the post Asics 3-D Personalized Promotions Help Marathoners Remember the Race Forever where Asics created miniature 3-D replica models of marathon runners. END_OF_DOCUMENT_TOKEN_TO_BE_REPLACED 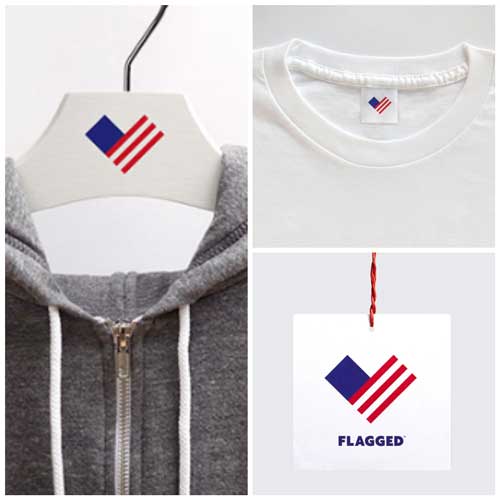 Have you ever thought about all of the elements that make up a brand? A brand is a name, a symbol, a term or any other feature that identifies what a business provides. A brand represents a promise, an expectation, a perception, a personality and so much more. A company as a whole possesses a brand, however, there are also many pieces to a company. This is where departmental branding can come into play. END_OF_DOCUMENT_TOKEN_TO_BE_REPLACED

Daymond John, a judge on ABC’s Shark Tank, is the founder of apparel brand FUBU. FUBU is worth $350 million. In April he shared his success story at the Advertising Specialties Institute Show in New York. He shared key points on his success through branding in which we can all learn from and use in our personal and business brands. He is a true inspiration.

Daymond John was born and raised in New York City. John loved hip-hop music and wanted to make his mark on the industry. However, he knew that he didn’t have any musical talent. So he found a way to standout and started an urban apparel company. He was able to bring his company from just an idea to a popular and memorable brand. His apparel company and brand is highly sought after. John’s success through branding did not come overnight. END_OF_DOCUMENT_TOKEN_TO_BE_REPLACED 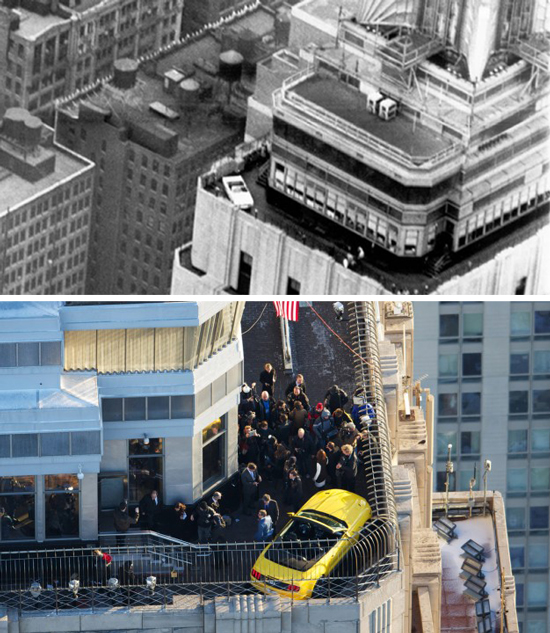 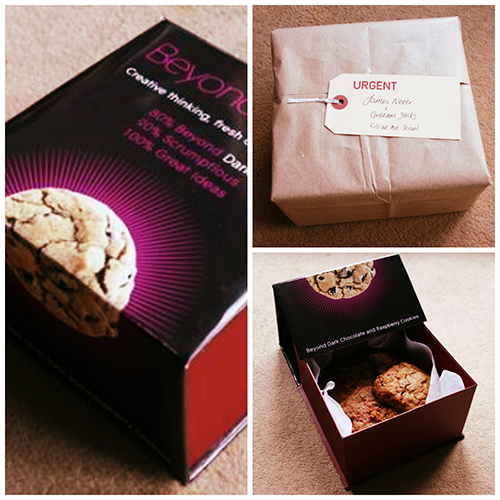 I’m not complaining, but there is always that one person who likes to bring leftover baked goods into the office. You know what I mean. For example, around any holiday while you are trying to be “good” at every turn there is another treat calling your name? Well, this clever designer used the irresistible temptation for baked goods to her advantage. END_OF_DOCUMENT_TOKEN_TO_BE_REPLACED 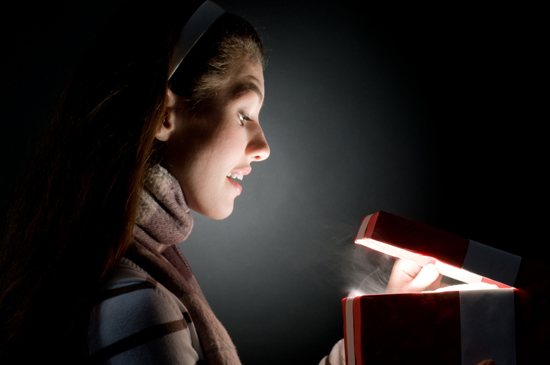 I recently decided to order something off my website for my own personal use. When the popcorn popper arrived, I couldn’t wait to open the box. I was happy to see that the product had its own box. However, when I opened the box, there were no directions. Do you pop the corn in the microwave?  With the top up or the top down?  How long do you pop the corn? This irritated me and I thought “so what do my customers think?” Then I decided to randomly order products just to see how they were packaged. You see, I go to trade shows for my trade and reps come by to display their wares but this made me realize that the one thing I don’t see is how the products are packaged. END_OF_DOCUMENT_TOKEN_TO_BE_REPLACED

Consumers like convenience and never before has fast food been so popular. There are drive-thrus so that you don’t even have to leave your car and not just for fast food. I have seen drive-thrus at pharmacies, dry cleaners and even supermarkets. Most Americans usually are on a tight schedule and want convenience where ever they can get it. But convenience is not all they are looking for. It is no surprise to most of us that many Americans are hard pressed to find time for home cooked meals around the dinner table and often turn to fast food as an alternative. 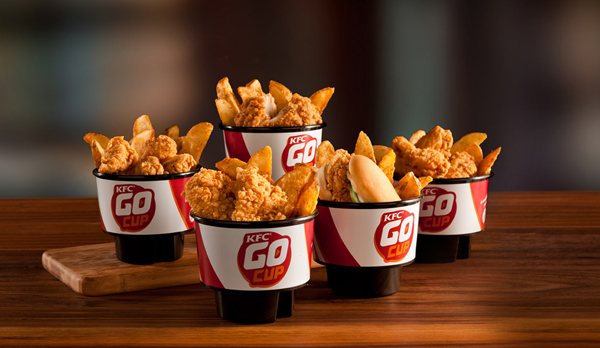 Although American’s are purchasing fast food in record numbers, more and more they are looking for healthier options. KFC recognized this and made an effort to bridge the gap between fast food and healthy options by introducing their new Go Cups. Designed to fit into just about any car cup holder, the Go Cup holds smaller portions often referred to as “snack-sized” and comes with five different food options. The Go Cup doesn’t only just fit into your car cup holder, it separates the food you ordered; chicken from fries for example. The most interesting fact is that KFC has not only found a way to make their customer’s meal more convenient while they are driving but it also passes on savings to the consumer because the Go Cup meal options cost almost half the price of the least expensive full meal on KFC’s menu. I know, it may sound like I am writing this piece to advertise KFC’s new Go Cup but that is not the case. Reading about the new addition to KFC’s menu caused me think about how often businesses are looking for a way to keep their brand relevant and often the answer is innovation and risk taking, KFC has done both.