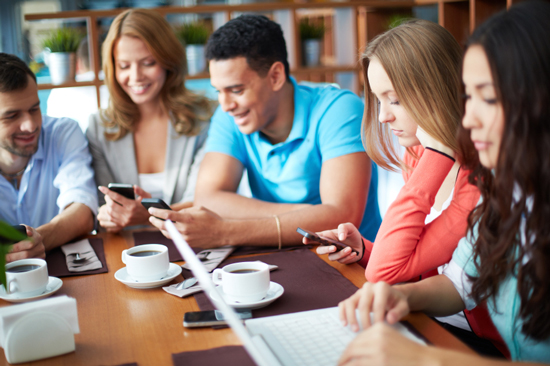 It never leaves my side. It’s in my bed while I’m sleeping. I take it on road trips, when I go on walks, to the office and even to dinner. Sometimes it even comes to the bathroom with me. While I could be referring to my dog I’m actually referring to my cell phone. It has become a part of me and I’m sure you can relate. No wonder why mobile advertising is peaking. END_OF_DOCUMENT_TOKEN_TO_BE_REPLACED 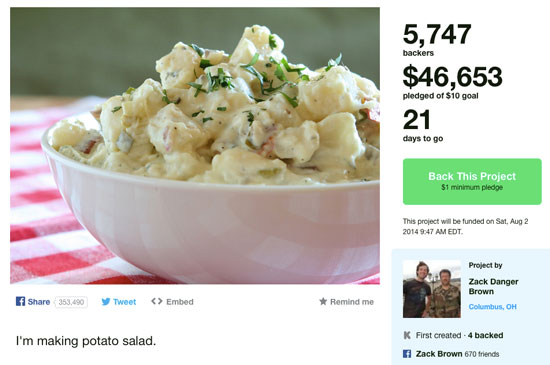 There has been a lot of talk about potato salad lately. Not because it’s summer time and everyone is planning their dishes for weekend barbecues. We’re talking about close to $50,000 potato salad. The Potato Salad Kickstarter campaign has made the news quite a few times this week. Kickstarter is a crowd-funding network. So what’s all the craze over potato salad about? END_OF_DOCUMENT_TOKEN_TO_BE_REPLACED 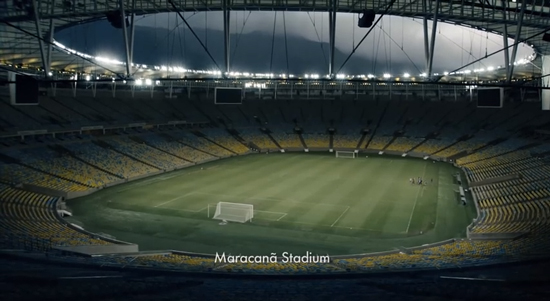 For me, American football is my game of choice. I love watching the games all the way up to the Super Bowl. However, it’s been pretty clear these past few weeks that soccer, the other football, is definitely more popular when you look at it on a grander scale. It’s a world sport. For global advertisers like FIFA World Cup Partners, McDonalds and Coca-Cola, it’s a really important event. There are more eyes watching these games then any other event worldwide. Hence the significance of connecting with a global audience.

Just like during the Super Bowl, there have been very creative advertising promotions surrounding the World Cup. It’s estimated that there are about a billion people watching the games. Big advertisers have to step up to the plate to catch the attention and connect with football fans around the world.

END_OF_DOCUMENT_TOKEN_TO_BE_REPLACED 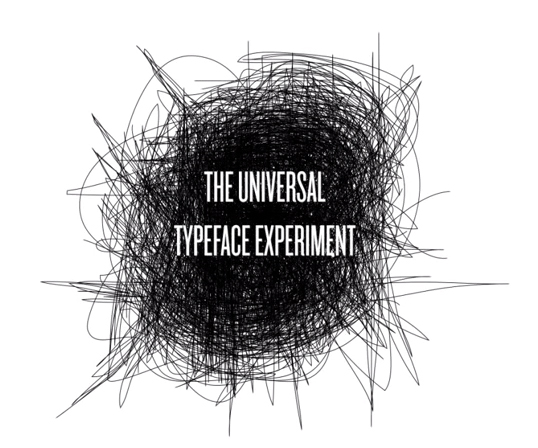 BIC has started a new campaign where they utilize crowdsourcing. Crowdsourcing is a way of gathering information, ideas, content or the needs of a large group of people. It’s a good way to make people feel like they have contributed to something while your company has the opportunity to collect data and advertise.

To celebrate 100 billion pens manufactured and their new Cristal pen/stylus, through crowdsourcing they want to create the world’s first universal typeface. They’re calling this event the Universal Typeface Experiment. The wonderful thing about this experiment is that everyone who contributes will feel like they are a part of the final product. END_OF_DOCUMENT_TOKEN_TO_BE_REPLACED

As I was scrolling down my Facebook feed I came across a cute photo of my friend’s daughter. She was dressed up in a cute glittery princess outfit for her birthday. The theme for her birthday was inspired by Disney’s movie Frozen. I haven’t seen the film and even though it was released this past holiday season (almost 6 months ago) I can tell you that I’ve come across the something Frozen related several times. Actually, this happens every time a Disney movie is released. Even if you are like me and don’t have kids running around all day, each time Disney releases a movie you’ll hear about it in some way or another. So, it got me thinking and researching. What lessons can I learn from the way Disney movies are made and advertised? Can I apply them to my business? 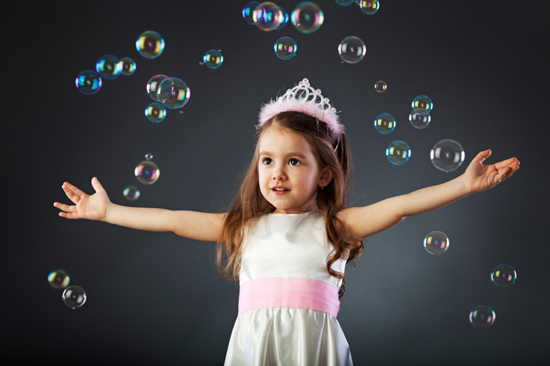 What I learned is that they haven’t really done anything out of the ordinary or pulled any marketing tricks. What they have done is use familiar core marketing strategies that have worked for them time and time again. END_OF_DOCUMENT_TOKEN_TO_BE_REPLACED 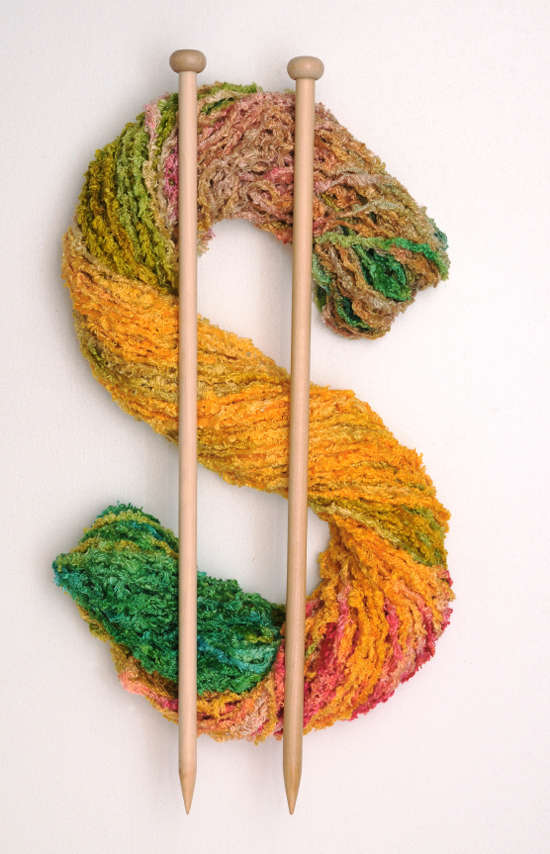 Before you read this blog please note it is not about knitting.

After 21 years, I decided to get back to my hobby of knitting. My vision was an old lady sitting in a rocking chair. Well, have I been out of the loop! The average age group of knitters today is 35-45 years old. It has become a huge business. I must have been under a rock. When I was knitting yarn came in balls. Now it is sold in bats which is unspun yarn or in large skeins where you have to make the balls. People are dying their own yarns. There are trade shows all the over the United States and the turnout is amazing. END_OF_DOCUMENT_TOKEN_TO_BE_REPLACED 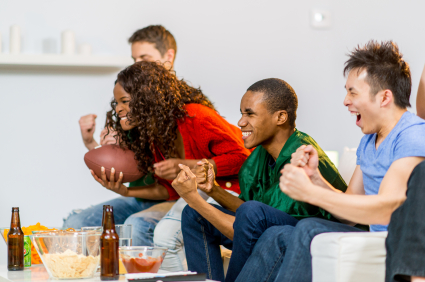 So now the question becomes, how your business can capitalize on Super Bowl Advertising. The cost for one commercial slot might be over budget for your company, however, here are a few ideas to put your business in the game too. END_OF_DOCUMENT_TOKEN_TO_BE_REPLACED

Remember when there were only federal holidays? Now it seems like we have designated a day to celebrate everything. While I think some of these days we can do without I came across one that is not only fun, but can definitely help the moral in the office. October 5 is Do Something Nice Day. This is an awesome, selfless thought. How often has an act of kindness brightened your day? Whether you are on the receiving end or you are the person enacting the kindness, I think we all can agree that a little bit goes a long way.

Not so long ago I was approached by a man in the street who told me he was hungry and we just happened to be standing in front of a restaurant. I had not intended on purchasing lunch for a stranger that morning when I was getting ready to go out but my motto is expect the unexpected. So I offered to buy this man lunch. Just the smile that lit his face was enough to make my week. It was in that moment that I realized there was no limit on the value of kindness.

Often we forget that we are all connected and this is never more evident than when I think about the selfless acts of heroism performed by our service men every day. Pay it Forward is something most of us are told we should do but an anonymous veteran did just that. With a simple note of thanks that read “I noticed the sticker on the back of your car; take your hero out to dinner when he comes home. Thank you both for serving. Him deployed and you for waiting” along with the note was $40 in an envelope. Samantha Ford’s belief in kindness was renewed and she took a picture and posted it on Facebook. By Tuesday morning, the post had a million and a half “likes” and more than 43,000 comments. In addition it had been shared nearly 200,000 times and got national recognition when it was reported by ABC news. The Ford family made a sacrifice to serve their county and they encouraged others to take the time to thank a veteran and their families for their service. END_OF_DOCUMENT_TOKEN_TO_BE_REPLACED