At Sunday night’s Teen Choice Awards, Ashton Kutcher won the Ultimate Choice Award or what he called the “old guy” award. I’m assuming he liked to call it the “old guy” award since he is no longer a teen but I’m not sure. As you will see in the video clip below, his acceptance speech was highly influenced by his recent role as Steve Jobs in the movie Jobs.

He mentioned that he felt like a fraud as he revealed his real first name, Chris, to the audience. Ashton is actually his middle name. I think calling himself a fraud is a little extreme, however, he was probably just trying to get the crowd’s attention. He started to go by Ashton at the age of 19 when he became an actor. 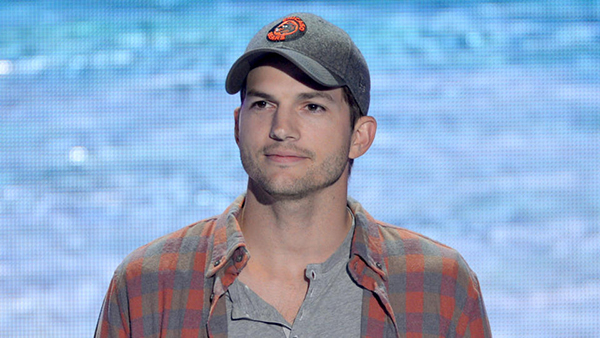 Ashton had explained that in Hollywood there are a lot of insider secrets to keeping an actor’s career successful. So really, Ashton Kutcher is his stage name. Many actors have stage names. A stage name is similar to the your business name. It holds your identity. After all, names and logos are at the heart of branding. The name Ashton is much more unique and memorable than the name Chris. I don’t have enough fingers to count how many Chris’ I do know but I definitely don’t know any Ashton’s. By changing his name, he made himself more memorable.

So, if the name Ashton makes him more unique and memorable why did he bother revealing his real name? This was the question in my mind that peaked my interest. The conclusion I’ve come up with is that he both truly learned from his role as Steve Jobs and he is promoting his movie. It was a smart move on his part to reveal his real name. It brought media attention to his acceptance speech just days before his new movie is being released. If he had simply got up on the stage and said the traditional, “I thank God and my fans” speech, he wouldn’t have gotten the media attention that he did.

He goes on to explain how life lessons as Chris helped him to become the successful actor, Ashton. This is where you really start to hear the Steve Jobs that has now become a part of him. He basically started to teach the crowd about how his name and the experiences that go along with it have defined him as a brand; as the person he is today.

What’s in a name and how does it affect your brand?

Marketing guru, Seth Godin, defines brand as “the set of expectations, memories, stories and relationships that, taken together, account for a consumer’s decision to choose one product or service over another.”

The lesson to be learned here is that while the name of your business is how people identify you it’s your brand that defines you. The power of a name comes within it’s branding. Your name and logo are essential to building your brand. Having a solid branding strategy is how you will make your name memorable. At Garrett Specialties we believe that corporate gifts are an integral part to making your name memorable and they play a significant role in branding strategies. Putting your logo on a promotional product will create customer experiences around your brand. They are incentives and reminders that keep your company information fresh in their minds.

Do you think successful brands have a distinct personality? What are some examples that come to mind? How does your brand connect customers to your name? Do you have a stage name? Why?

Let’s start a discussion. I would love to hear your thoughts.