What are the dog days of summer, anyway?

What thoughts come to mind when you hear the phrase “the dog days of summer”? Warm weather, sunny beaches, pool side barbecues or family road trips? Or maybe you think of it in more of a literal sense like dogs lying around in the heat or playing around like this fun video from America’s Funniest Home Videos (AVF). 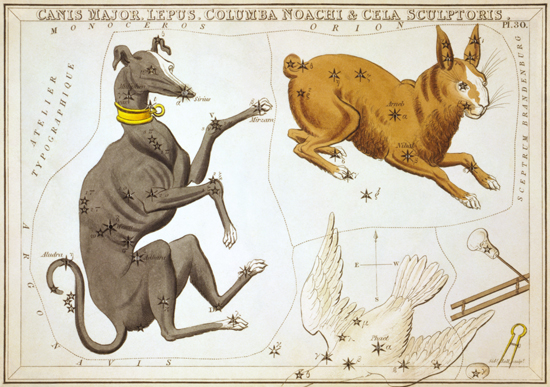 While the term may mean many of those things to us today, I think you would be surprised to learn about its origin. It comes from the Greek belief about the star Sirius also known as the dog star in the Canis Major and Lepus constellation. Take a look at the image above. The Greeks believed that Canis Major was like a dog chasing a hare named Lepus. The dog star Sirius is at the tip of the dog’s nose. The dog days of summer occur when Sirius lines up with the Sun. These days are believed to be the hottest days of the year. However, we know now that this couldn’t be true. While the months of July and August are usually the hottest the hottest days can vary from year to year depending on where you live. We also know that a star could never warm up the Earth as much as our Sun already does. However the term “dog days of summer” has stuck and taken on a whole new meaning. END_OF_DOCUMENT_TOKEN_TO_BE_REPLACED